If you have lost the original insert that came with your purchase of Ultimate Catch Phrase by Hasbro, we have a scanned copy for you here.

(We also have the rules for classic Catch Phrase.) 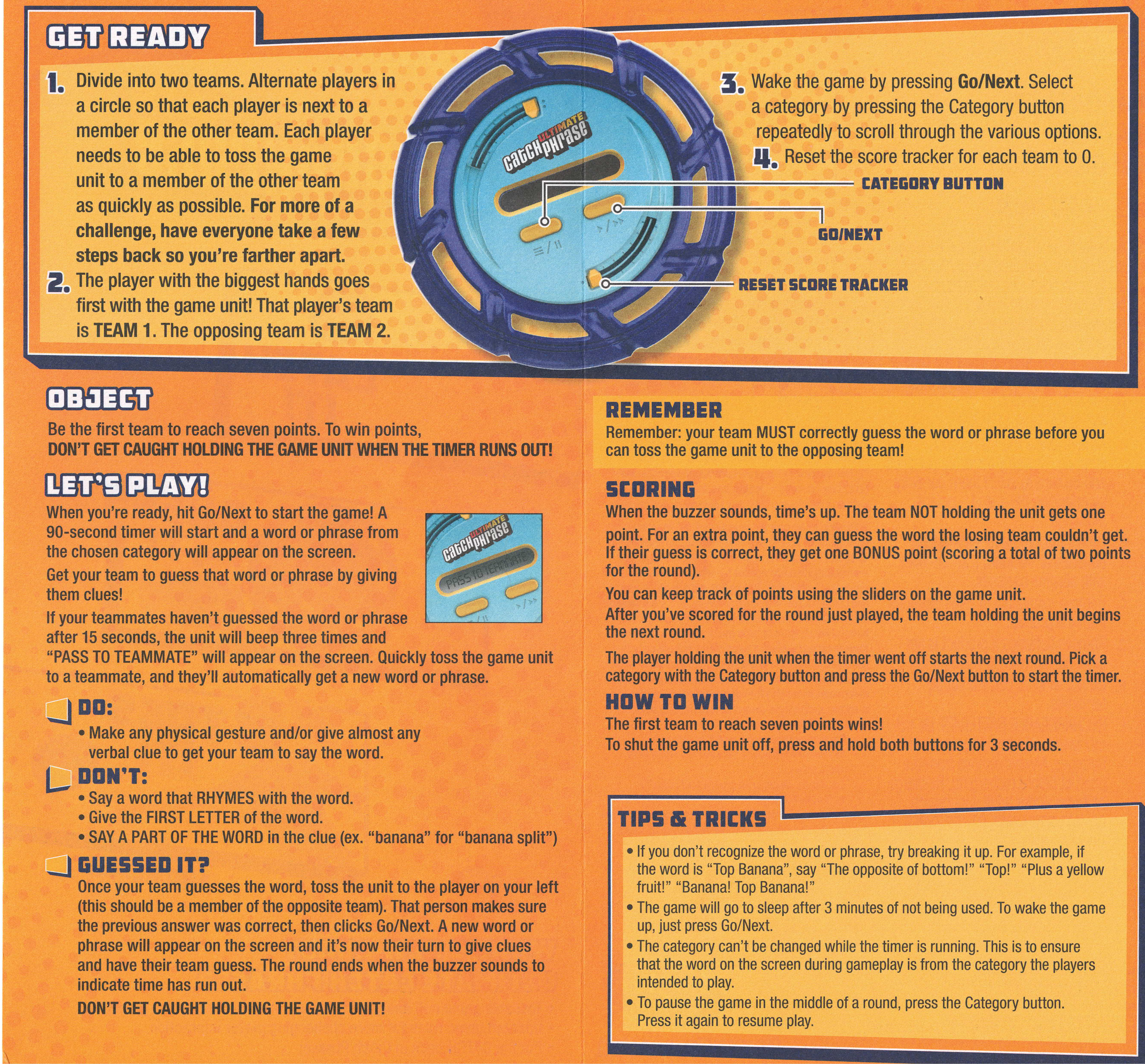 Catch it! Guess It! Toss It!

Be the first team to reach seven points. To win points, don't get caught holding the game unit when the timer runs out!

When you're ready, hit Go/Next to start the game! A 90-second timer will start and a word or phrase from the chosen category will appear on the screen.

Get your team to guess that word or phrase by giving them clues!

If your teammates haven't guessed the word or phrase after 15 seconds, the unit will beep three times and "PASS TO TEAMMATE" will appear on the screen. Quickly toss the game unit to a teammate, and they'll automatically get a new word or phrase.

Once your team guesses the word, toss the unit to the player on your left (this should be a member of the opposite team). That person makes sure the previous answer was correct, then clicks Go/Next. A new word or phrase will appear on the screen and it's now their turn to give clues and have their team guess. The round ends when the buzzer sounds to indicate time has run out.

Remember: your team MUST correctly guess the word or phrase before you can toss the game unit to the opposing team!

When the buzzer sounds, time's up. The team NOT holding the unit gets one point. For an extra point, they can guess the word the losing team couldn't get. If their guess is correct, they get one BONUS point (scoring a total of two points for the round).

You can keep track of points using the sliders on the game unit. After you've scored for the round just played, the team holding the unit begins the next round.

The player holding the unit when the timer went off starts the next round. Pick a category with the Category button and press the Go/Next button to start the timer.

To shut the game unit off, press and hold both buttons for 3 seconds.