If you have lost the original insert that came with your purchase of Taboo by Hasbro, we have a scanned copy for you here.

Also, if you enjoy playing Taboo and are looking for the best iPhone party game – try Other Words. Other Words is an app like Taboo. 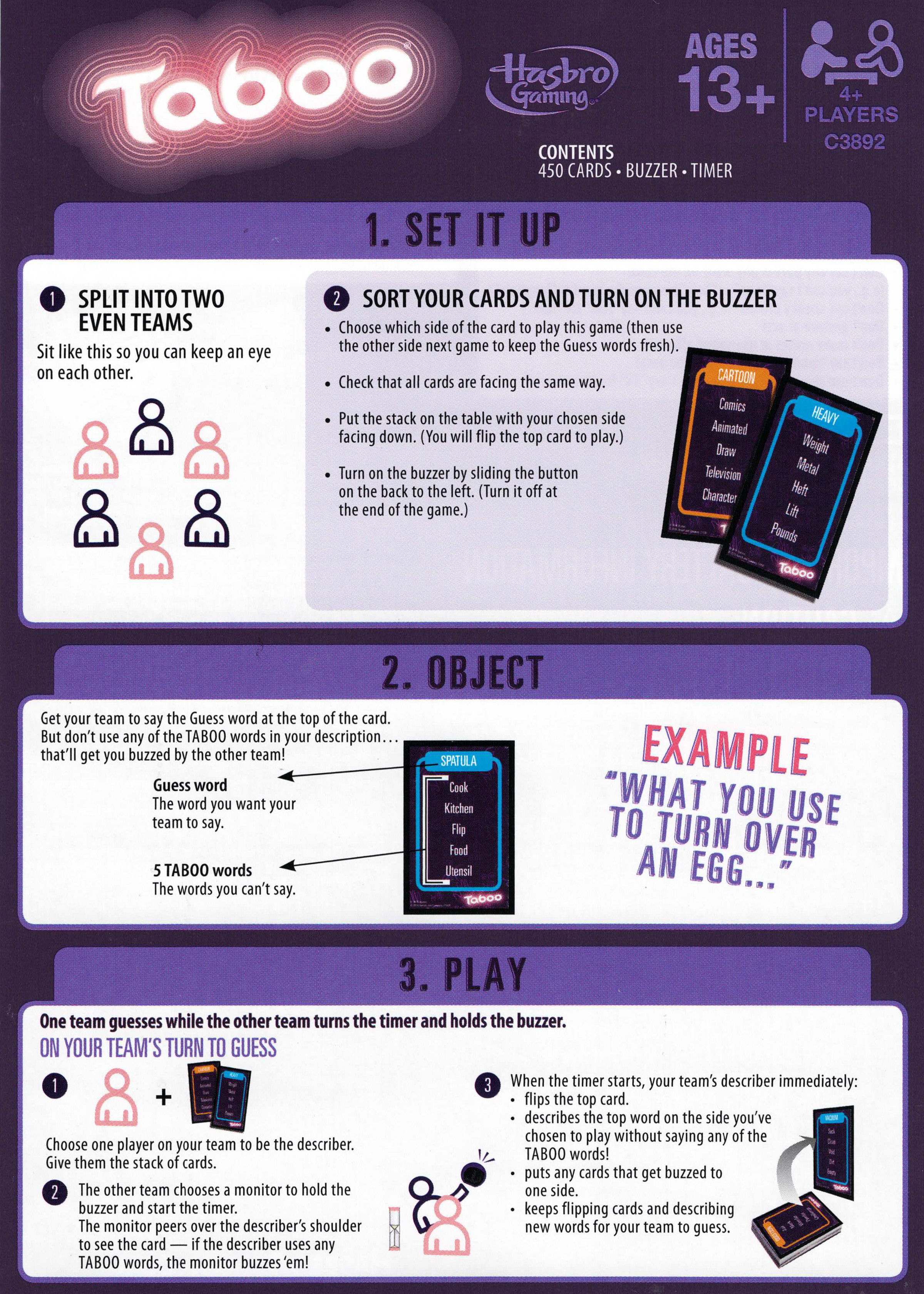 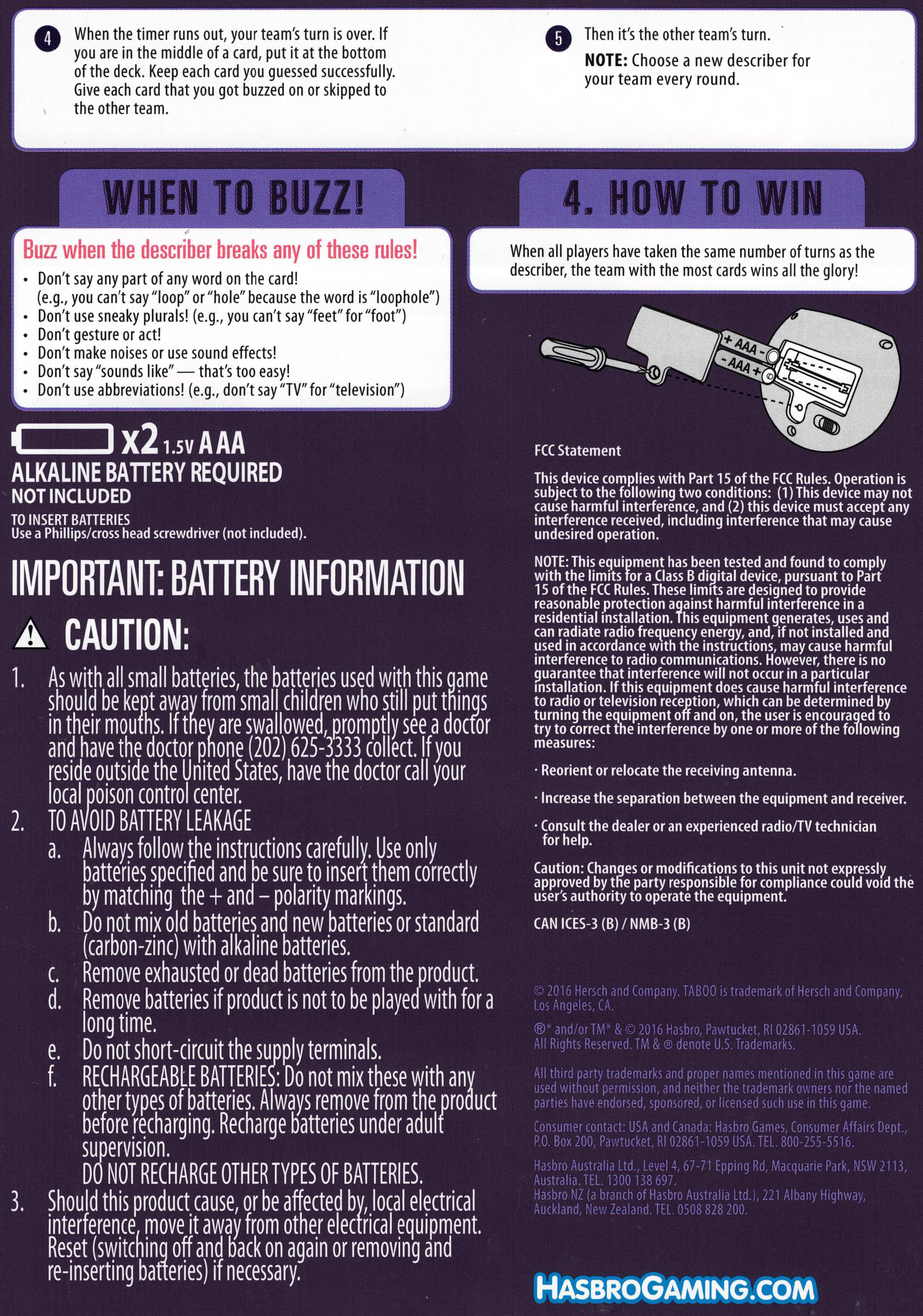 Sort your cards and turn on the buzzer.

Get your team to say the Guess word at the top of the card. But don't use any of the TABOO words in your description... that'll get you buzzed by the other team!

Guess word
The word you want your team to say. (In the image the guess word is Spatula.)

5 Taboo words
The words you can't say. (In the image the 5 taboo words are: Cook, Kitchen, Flip, Food, Utensil.)

One team guesses while the other team turns the timer and holds the buzzer.

On your team's turn to guess:

Buzz when the describer breaks any of these rules!

When all players have taken the same number of turns as the describer, the team with the most cards wins all the glory!